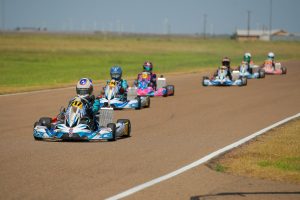 Karts have taken to the track and official sessions are in the books at the Amarillo ROK Fest in North Texas as Friday featured qualifying and the first round of heat races.

In typical Texas fashion, the Amarillo Kart Circuit is very large. Racers have more than a mile of racetrack to tackle this weekend in the wide open fields, with power generating windmills providing the landscape backdrop. 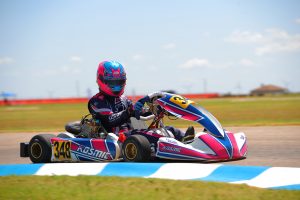 The heat race saw Norberg work his way forward and score the win over Kraweic and Gulick.

Letzch backed it up with a victory in the heat race, while Shrader hustled with Williams for the majority of the heat before she retired with two laps to go. David Williams (FA Kart) filled the third spot in the results. 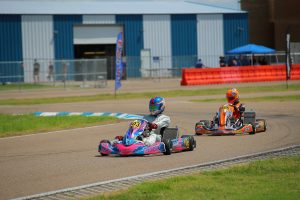 Drivers will return on Saturday for three more rounds of progressive starting grid heat races, all leading up to Sunday’s final races.

Be sure to watch the ROK Cup USA app for live timing and results throughout the weekend.