From Around the Paddock 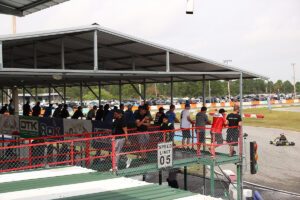 Return to Orlando Kart Center
It has been several years since the Florida Winter Tour has raced in Orlando and this weekend will provide ROKKERs the opportunity to compete at one of Florida’s best karting layouts. Last racing at the circuit back in 2018, the Orlando Kart Center (OKC) encompasses a flowing design with several hard braking and passing zones. Wheel-to-wheel racing for the final round of the 2022 Florida Winter Tour is expected to be some of the best of the three race program.

Entry Numbers
Entry numbers for the third and final round of this year’s program have surpassed rounds one and two as the Florida Winter Tour experienced growth through the three race effort. While round one featured twelve classes and a total of 235 entries, the Briggs & Stratton 206 classes were not on the schedule for round two while entries only dropped to 228. With increased participation in ROKKERs at St. Pete, the several additional entries were that of local Florida based and international competitors. Round three, the first at a permanent facility in 2022 and the 206 classes back on for the final event has seen entry numbers back on the rise as 247 had checked in to compete this weekend prior to entry cutoff today at 5:00pm. 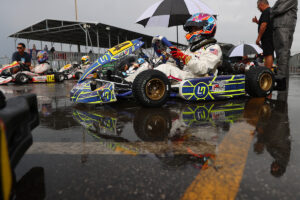 Briggs & Stratton is Back
On the schedule during round one at the Isle Casino back in January, 206 Senior and 206 Masters drivers are back in action this weekend at OKC. With champions being crowned based on the high points scorers from rounds one and three, 206 racers have the opportunity to fight for championship prizes that can see them race in Las Vegas later this year. Briggs & Stratton 206 class champions will be awarded with a ROK prize package with Champions earning a full ROK Vegas ticket and a free rental of the VLR engine while Vice-Champions will garner race tires, fuel, and oil for ROK Vegas. The third place finisher in the championship will receive entry only for ROK Vegas.

Speaking of Championship Awards…
ROKKERs will be battling for additional prizes this weekend during the final round of the Florida Winter Tour. ROK Mini, ROK Junior, ROK Senior, ROK Masters, ROK Shifter and ROK Shifter Masters class Champions will all earn ROK Cup Superfinal tickets while Vice-Champions will be awarded 2022 ROK Vegas tickets. Not stopping with prizes there, third place finishers in the aforementioned classes will receive their choice of either Pan-American Challenge ROK Cup OR ROK Canadian National Championship tickets. 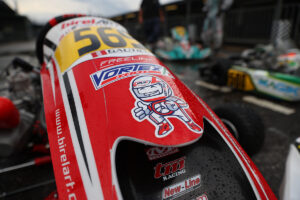 For the ROK Micro and ROK VLR classes, Champions will earn a full ROK Vegas ticket while Vice-Champions will receive race tires, fuel, and oil for the annual event while third place finishers in the championship will receive entry only for ROK Vegas.

Covid Testing On-Site
With a major increase in international participation in round two, ROK Cup USA will once again offer Covid-19 testing on site. Set up and ready to test Friday throughout the weekend, ROKKERs do not need to undergo stress in finding a location. While karts circulate the track, Covid testing can be found in the paddock offering both Rapid and PCR testing services.

Thank You Sponsors
The Florida Winter Tour would not be the longest and most professionally run winter program if it wasn’t for our racers, teams, and sponsors. A huge thank you to our 2022 sponsor list: 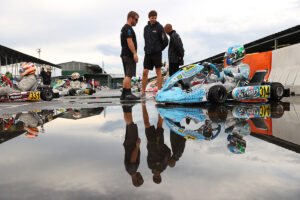 Also, a big thank you to Overdrive Motorsports for their ROK Shifter engine mount giveaway.

Stay tuned to the ROK Cup USA social media pages for news, information, photos, results and daily reports from the third round of the Florida Winter Tour at the Orlando Kart Center.