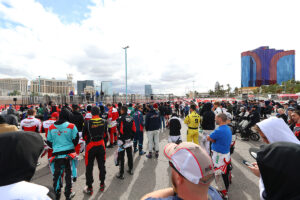 After a long day for staff, teams, and competitors on Wednesday, the on-track action Thursday would go off without any issues. ROKKERs kicked off their morning with a pair of practice sessions before the ROK Vegas Presented by Radical Cup Drivers Briefing. The afternoon featured qualifying as ROK Vegas Pole Positions were assigned and winners were awarded the ever-important inside front-row starting position for their respective classes and their OMP Pole Position Award.

Launched by Formula Kart Productions’ Bill Wright and continued by RTD Media and Mike Maurini, the 2022 Dan Wheldon Karting Ambassador Award Winner recipient simply needed to be a member of the karting industry, in general. Although drivers are the most prominent part of any series, success in karting requires groups of individuals including parents, tuners, mechanics, coaches, team managers, business owners, importers, track owners, and event promoters. 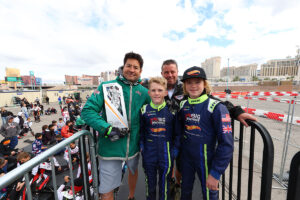 To become a well-known name in karting, it takes time, effort and a work ethic that is second to none. The 2022 recipient of the Dan Wheldon Ambassador Award is not only driver himself, but a mechanic, driver coach, business owner, and he once dabbled in track design. This year’s winner is also a familiar face in several paddocks both locally, regionally, and nationally and you can usually catch him with a smile no matter what the outcome of his or his drivers on track results.

Always one to have a good time when warranted, but down to business when needed, he is a successful kart shop owner and one who is always spreading his knowledge to the youth of the sport. Through the MSquared Karting operation in Salt Lake City, his family-owned business has been the backbone of the sport in that region for decades. What sets this recipient apart from others, is the deep of knowledge of the sport and the willingness to work with drivers of all ages, on and off the track, to become a better person and karter. He also spent a few seasons as a columnist and photographer for KartSport Magazine during his spare time, putting his direct approach towards the betterment of karting to ink for the public to view.

Racing karts since 1993, this deserving recipient of the Dan Wheldon Ambassador Award is a two-time Rock Island Grand Prix champion in addition to being a three-time winner of the SuperNationals. Not yet a ROK Vegas winner, we hope that one day we can pull him away from the wrenches to watch his talents at work. Congratulations again to Bonner Moulton. 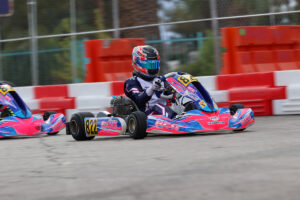 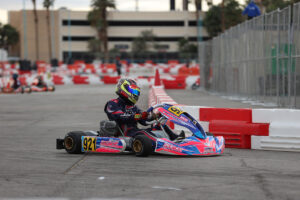 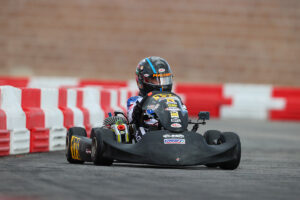 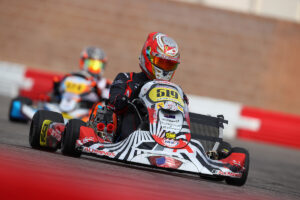 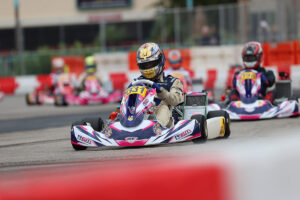 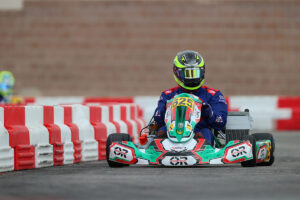 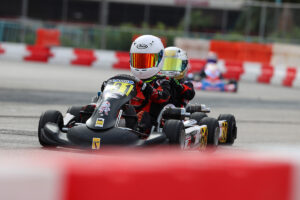 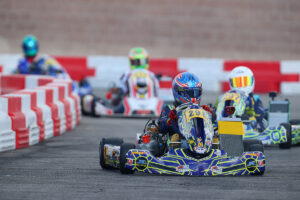 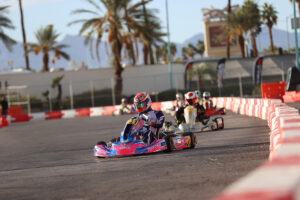 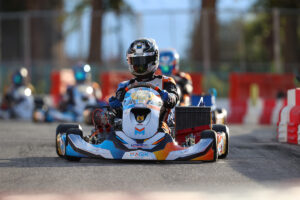 All results unofficial at time of posting.

With OMP Pole Position awards handed out, it is time to go racing tomorrow. Tune in tomorrow to catch the first and second heat races for all classes with heats three and four on Saturday. For ROK Vegas Presented by Radical Cup Results – Click HERE.