As racers around the globe look for an alternative amidst a global pandemic, ROK Cup USA and RTD Media & Management, in a partnership with Torque Esports, are pleased to announce the ROK Cup Sim Challenge Presented by Conrad Group Insurance Agency. With the first series featuring ten ROK Cup classes and going green on April 20th, nearly $60,000 in cash prizes are up for grabs with a maximum of 24 entries per class.

“We have been looking at this for a few weeks now, but was important that we do it right,” explained RTD Media’s Mike Maurini. “I was never a big fan of simulators and then I tuned into some events as the COVID-19 began to shut down motorsports across the world. The bigger players such as NASCAR, IndyCar, and Formula One were able to react quickly and launch leagues and series based on already established platforms and money. Researching online, I could find some lower grade karting programs but to do this right, with today’s technology, we needed the best. When we floated the idea out via social media, there was a huge response including businesses that wanted to be on board. Showing their support and growth in motorsports, Conrad Group Insurance Agency stepped up to be the presenting sponsor of the first three race series.” 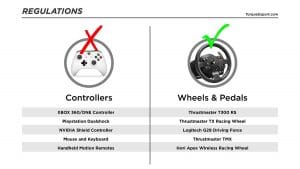 With days of research bringing up dead ends and higher costs than anticipated, a connection was made with Torque Esports and developers were working on a program within a few hours while the potential online karting program was pieced together.

“Mike and I talk almost daily on better ways to serve the ROK family and what cool things we can do at the track to make their experience better, but with everything that transpired over the past three weeks, we needed different plan. Mike had the ball rolling on a platform, we just need to plug in the ROK Cup USA branding and structure to launch,” added Garett Potter. “We immediately went to work; we made a ton of adjustments so we can make it as close to a ROK Cup USA weekend a possible and you will see more updates as the series progresses as well. In today’s world we need to work fast to stay ahead, and this is a perfect example of the team that we have in place.”

Set to commence and go green on Monday, April 20th, a three-race program over a one-week span will make it easier for racers to stay in the seat albeit virtually. The entry fee for the series will be an affordable $500 per entrant but the program is set to award nearly $60,000 in cash prizes. Running a full complement of ROK Cup classes, ten divisions will be on the grid ranging from Micro ROK to ROK Shifter. A ROK Cup Sim Challenge series website is nearly complete and will be pushed live on Friday, April 10th and will include even more details.

Maurini added, “We are giving away money to the top-five in the championship for each class, almost $60,000 in total. With a $500 entry fee, there is no additional cost to travel to the events, tires, fuel, pit passes or crash damage. We have big plans for this idea, but first we will run a three-race program and cap each class at 24 drivers. We have the tools to ensure drivers are racing in their proper age bracket as well as an online registration system that will go live at 11:00am on Monday, April 13th. Multiple ROK classes will compete in a four-hour block thus putting 24 hours of streaming coverage per race week. We don’t want drivers to sit in front of a computer all day so a practice, qualifying and main event for each class will be time specific and run within their four-hour block, three times a week. We will also have virtual drivers meeting to check players equipment and even a virtual Stewards Office.” 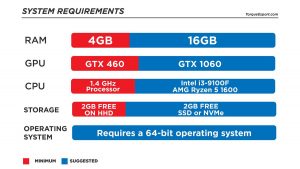 Additionally, each entrant will be provided with an embedded link so they can live stream the broadcast to their Facebook page. ROK Cup USA and RTD Media & Management will also host the event on their Facebook pages while the ROK Cup USA website will have a direct link on race weekend to view all the action.

A slight change in the ROK Cup USA class structure has been completed to allow more drivers to compete.

While RTD Media & Management, ROK Cup USA and Torque Esports work hard to bring this idea to the virtual world, we hope that all of you are staying safe and healthy during these difficult times by washing your hands, practicing social distancing and adhering to the recommendations for the Centers for Disease Control and the World Health Organizations.

ROK Cup USA and RTD Media will continually post news through their social media channels as they become available. Interested parties should email Info@RaceTechDevelopment.com to get notification when registration opens and other important news from the ROK Cup Sim Challenge Presented by Conrad Group Insurance Agency.