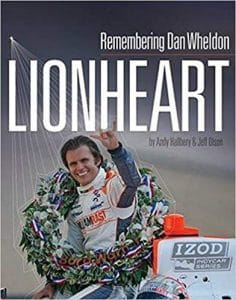 With the announcement that karting would take place in the Streets of St. Petersburg to close the annual 2020 Florida Winter Tour, it is fitting that the Dan Wheldon Karting Ambassador Award Presented by Bell Helmets will return to the popular winter series. Launched by Formula Kart Productions’ Bill Wright and continued by RTD Media and Management’s Mike Maurini, the 2019 Dan Wheldon Karting Ambassador Award Winner will be announced at the final round of the 2020 Florida Winter Tour in March.

“After moving the award around for the past few seasons, it is a fitting tribute and an honor to announce the 2019 Dan Wheldon Karting Ambassador Award winner during the final round of the Florida Winter Tour,” expressed RTD Media’s Mike Maurini. “I remember when the Wheldon boys were crawling around the suites of the Indianapolis Motor Speedway and are now avid kart racers throughout the country. I am happy they will help me present the award in March.”

“I am so happy to have the Dan Wheldon Karting Ambassador Award back with the Florida Winter Tour,” expressed Susie Wheldon. “Dan loved competing in this series in the off-season and to have our boys, Sebastian and Oliver, now racing in the same championship is pretty special. Dan was a fierce competitor, but as much success as he had on the race track, people remember him equally as much for the qualities he possessed off the track. Always a fan favorite, Dan had an incredible ability to connect with people and make them feel like they mattered.  He loved mentoring up and coming karters, which took him back to his roots when he was competing in the British Karting Championships and on the European circuit. Dan is missed every day, but I am so proud of the legacy he left behind and the impact he continues to have on people’s lives. It is truly an honor to present this award, along with our boys Sebastian and Oliver.”

“We are excited about the upcoming event and all the activities we are planning around the event,” added Garett Potter, who was the 2017 recipient of the Dan Wheldon Karting Ambassador Award and is the current Director of Operations for ROK Cup USA. “The Dan Wheldon Karting Ambassador Award is one of the special awards in karting that is not based on results, how much money a driver spent, or which team is the best. This award is given away to the person who best resembles Dan as a person, but also has the best interest in mind for the sport of karting.”

While the award will be given away in 2020, the nominees will come from the complete 2019 season all the way through to March 1, 2020. While the past eligibility required potential winners to participate in a specific karting series, the newest criteria simply requires the potential recipient to be a member of the karting industry, in general. Although drivers are the most prominent part of any series, success in karting requires groups of individuals including parents, tuners, mechanics, coaches, team managers, business owners, importers, track owners and event promoters.

The award recipient will receive a personalized trophy/plaque in addition to a copy of LIONHEART – Remembering Dan Wheldon. The Dan Wheldon Karting Ambassador Award winner will also receive swag from Bell Helmets as well as three free media releases from RTD Media.